PUBG is now a feat for any game without the words “Grand Theft Auto”, “Mario”, “Call of Duty” or “Pokemon“ in the name, or it might even threat that AAA title.

There’s only one game similarly released unfinished before its rise to fame, “Minecraft”. but even Minecraft didn’t initially have viral popularity like this: 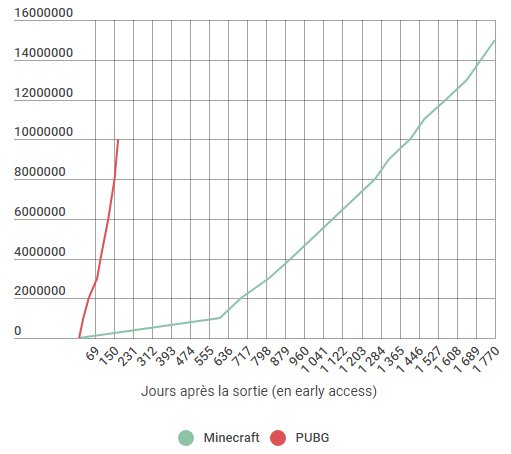